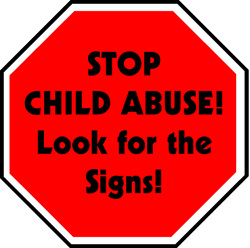 The increasing challenge of child abuse and engagement of the youth were among issues discussed by Caribbean leaders in St. Lucia last week.

His Excellency DesirÃ© Bouterse, President of Suriname briefed his regional colleagues on the recent High-Level Exchange between Youth Leaders of CARICOM and UNASUR, convened in Suriname, under the Theme “˜Youth Participation for the Development of our Nations: Developing our Region through Cultural Connections’.

Heads of Government commended Suriname on this initiative and noted that the youths had an opportunity to exchange views with the President under whose portfolio in the CARICOM Quasi-Cabinet, Youth falls.

Heads of Government also noted the President’s hope that such an Exchange would become an annual event hosted by CARICOM and UNASUR Member States and recognized the value of such an engagement, the communiquÃ© issued at the meeting said.

It noted that Heads of Government emphasized the need for concerted action, at all levels, to address the increasing challenge of child abuse, in particular sexual abuse.

They noted the need for a holistic approach to the issue including parenting education, public sensitization, and legislative reform to better protect children and to deal appropriately, not only with perpetrators but also with those who support abuse, for example through non- reporting of incidents.

Heads of Government welcomed the information that the Twenty-Third Meeting of the Council for Human and Social Development (COHSOD) on Children and Youth, to be convened in Guyana on 10-11 July 2012, would focus on violence against children, including sexual abuse.

In the area of HIV/AIDS, the Heads of Government noted the significant gains which had been realized in the fight against HIV and AIDS through the Pan Caribbean Partnership against HIV and AIDS (PANCAP) and, in particular, the stabilization of the epidemic and the reduction of mother to child transmission of the virus. They reiterated the importance of the continued role of PANCAP in spearheading the regional response to the epidemic.

They cautioned against complacency and called for stepped-up efforts with regard to public awareness and interventions targeted at populations most at risk, including youth, given the alarming statistics with regard to the reduced age of sexual initiation and high incidence of sexual activity among youth under fifteen years of age, throughout the Community.

Heads of Government welcomed the significant progress made in establishing the Caribbean Public Health Agency (CARPHA) since the signing of the Inter-Governmental Agreement in July 2011 and, in particular, the planned Inauguration in January 2013.

In receiving a report Heads of Government were updated by the Vice-Chancellor of the University of the West Indies (UWI) and underscored the importance of building the capacity of Caribbean people.

“They noted the Vice-Chancellor’s concerns with respect to increasing the number of students from non-campus countries and the financing of the University and welcomed the information with respect to the areas of research being pursued by the University, particularly those with regional development impact, including telemedicine, marine governance and ecology, and disaster risk assessment and with respect to proposals being discussed with Haiti for advancing development of the tertiary education sector,” said the communiquÃ© said.

The President of Suriname in updating his colleagues on preparations for CARIFESTA XI to be staged in that Member State in August 2013 noted that since the preliminary presentations of proposals for hosting of CARIFESTA XI to the Meeting of COHSOD in February 2012, Suriname had established a Host Country Management Committee and would be in a position to advise Member States further, after Meetings of the Regional Interim Festival Directorate in September 2012.

Member States were urged to begin preparations for participation in CARIFESTA XI in a timely manner.