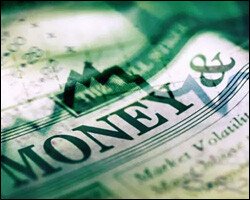 Tourism Down But Economy Is Doing Well

St. Kitts and Nevis said Tuesday that the overall fiscal position of the Central Government exhibited remarkable improvement for the first quarter of 2009 compared to the revised target and the corresponding level in 2008.

“The Current Account balance recorded a surplus of EC$5.1 million in the first quarter of 2009 reflecting a favorable variance when compared to the projected surplus of EC$0.9 million and the deficit of EC$3.6 million that was achieved in the corresponding period in 2008,” disclosed Prime Minister Hon. Dr. Denzil L. Douglas in response to a caller during his weekly radio programme on Tuesday.

Dr. Douglas told listeners to the one hour programme, syndicated on six local radio stations the Overall and Primary Balances reflected noted improvements for the first quarter of 2009.

“The Overall Balance recorded a surplus of EC$24.3 million in comparison to the projected surplus of EC$11.2 million. This represented a favorable variance of EC$13.1 million or 116.6 percent. With respect to the corresponding period in 2008, the Overall Balance grew by EC$15.6 million (178.5 percent). Similarly, the Primary Balance reflected a surplus of EC$50.9 million and surpassing the revised target and the corresponding quarter’s balance of EC$43.9 million and EC$38.7 million respectively,” said Dr. Douglas.

He disclosed that the outturn for 2009 is also projected to be favourable provided that the revenue anticipated from land sales and large receipts of Capital Grants are realized and by the end of the year a Current Account surplus of EC$6.6 million is projected.

According to the Stabilization Programme Report, prepared by the Ministry of Finance and which included contributions from the St. Kitts-based Eastern Caribbean Central Bank (ECCB), despite the impact of the global economic financial crisis, the fiscal outturn was encouraging mainly due to reduced outlays on Recurrent Expenditure particularly on Interest Payments and Transfers. The improved performance was also due to saving realized in Capital Expenditure.

“We expect that the economic situation to remain on a positive trend rather than a negative trend. But we are not burying our heads in the sand and not recognising what is happening around us globally. We believe that over the next few months, we might see a bottoming out of the global financial and economic crisis,” said Dr. Douglas.