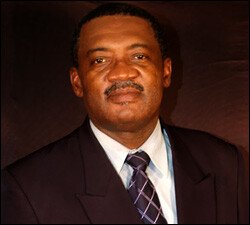 A full audit is to be carried out on British American Insurance Company Limited in St. Kitts and Nevis following an Order by a High Court Judge to replace Mr. Eugene Hamilton with a Judicial Manager.

The Government of St. Kitts and Nevis on Monday expressed grave concern of the apparently callous and irresponsible way in which Mr. Hamilton has been avoiding addressing the customer obligations of British American and accused the local manager of suggesting that British American’s failure to respond to the demands of existing policy holders, should be blamed on Government.

On Monday, Cabinet discussed ongoing developments regarding the solvency problems of British American Insurance Company and was formally brought up to date with the steps that the Registrar of Insurance has taken to secure the appointment of a Judicial Manager to take over the administration of the company from Mr. Hamilton and carry out a detailed assessment of its commercial health.

The Judge has agreed with the case put forward by the Registrar and as a result, Ms. Lisa Taylor, a partner in the accounting firm KPMG, has been appointed as the local Judicial Manager.

“As of Friday July 31, Miss Taylor has taken over the management of the business operations of British American and she and her team have already met with staff from the Nevis and St. Kitts offices. The judicial manager and members of her team have also met with the bankers for the insurance company,” said the Cabinet statement.

Part of the mandate of the judicial manager is to undertake a full audit of British American with regard to business procedures, assets and liabilities and investments.

The local Registrar of Insurance, located within the ambits of the Ministry of Finance of the Federal Government, has been careful to have the court appoint a partner in a reputable international accounting firm so that the inquisition would be completely objective and above board.

The government said it looks forward to the completion of the examination of British American by the judicial manager and hopes to be guided as to the best way forward to protect the interests of the local investors.