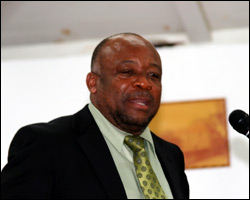 The Minister made the comment at a sitting of the Nevis Island Assembly on July 08 while he updated Nevisians on key matters ongoing within his Ministry.

Mr. Daniel pointed to 17 youths, the first group to participate in three-month training exercises, at the Metal Construction Industries (MCI) in Trinidad in Auto Mechanics, the allied sectors in the construction sector, plumbing and electrical, carpentry and masonry and welding. The first stint is scheduled to wind up at the end of July.

“The Nevis Island Administration spent just over $100,000 to be able to train these young people and this is going to make a fundamental difference in the way these young people work in relation to the work ethic and in relation to the skills set. Of course, the main objective is to increase the skills set in the country and keep us on the cutting edge of development.
“The training comes to an end at the end of this month in July and we expect when they return for them to make a significant contribution to the development of the country and we [NIA] are of the view that this is money well spent,” he said.

“Just last week I received a progress report  on the trainees and each of the trainees is doing extremely well and my regular discussions with the course facilitators indicated to me that two such persons they want to keep in Trinidad to allow them to continue to do further training,” he said.

Prior to the groups departure from Nevis on May 12, 2008, Mr. Daniel had urged them to make use of the all the opportunities for training availed to them.

He told the public that he wanted it to be understood that the training programme set up with MCI, was an imaginative programme engendered by the Nevis Reformation Party government who believed that the only way it could lift people off the floor and create a safeguard against underdevelopment, was through the provision of a wide range of skills.