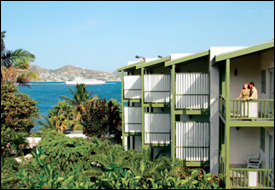 The parent company, TDC, which made pre-tax profit of EC$15.3 million in 2007, said OTI, a 71-room and 8 condominium hotel, benefited tremendously from the ICC Cricket World Cup matches that were staged in St. Kitts during that year.

“This along with management’s success at winning’s back former corporate customers resulted in higher revenues and improved profits compared to last year.  Several initiatives were taken that resulted in solid cost saving in other areas despite high maintenance and utilities costs,” said the TDC Group report.

The company said its TDC Airline Services Ltd in St. Kitts made a loss last year following a small profit in 2006. The loss was incurred despite management’s best effort and increased revenues from the Western Union businesses.

TDC Airline Services Nevis Ltd also had a very challenging year in which it again sustained a Net Loss.

“Lower volume of aircraft handled and higher personnel costs contributed to these results. Both of these companies operate in the very volatile airline industry, which continued to make marginal profits or large losses.  As result, the companies were unable to recover much of the increased cost of doing business,” said the Report.

It added however that towards the end of the financial year, management was compelled to commence renegotiations of the aircraft handling rates with all of the airlines that both companies handled. Already, agreement on increased rates has been reached with some airline and the prospects of ongoing re-negotiations with the others are positive.

Towards the end of end of the year the Group purchased Carib World Travel, a small IATA-approved travel agency in Nevis.  This has assisted in increasing the product offerings to our clients.

TDC Tours LTD had a very difficult year.  The company’s lease arrangements at the Marriot Resort, the main source of its business, were terminated during the year and efforts are being intensified at diversifying the company’s business and some progress have been made so far.