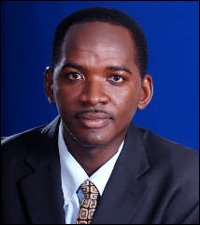 SKN Vibes reported on Monday that Finance Minister Timothy Harris promised “land and a house for every adult” in the Federation. PAM Candidate for Change in Constituency #7, Ronald “Louis” Williams called that a “fairy tale” promise and asked why Labour hasn’t delivered on that promise in their 15 long years of rule.

“Timothy Harris makes broken promise after empty promise to the people of Constituency #7 and all of the Federation,” said Mr. Williams. “He and his failed government have had 15 long years to give every Kittitian and Nevisian a house and land. If he wants to do it and he thinks he can do it, I wonder what he’s waiting for. They’ve had plenty of time to act, why are they still making empty promises?”

Williams concluded, “We have a crushing national debt in this country that ranks up there with Robert Mugabe’s Zimbabwe. As Finance Minister, he’s responsible for keeping our books in order. He’s failed, and now, he’s making fairy tale promises to the people. That’s irresponsible. In Labour’s 15 years in power, they’ve yet to deliver and balance a budget. They’ve bankrupted the Federation. We need a Government that knows how to manage money and manage our economy. We need change.”