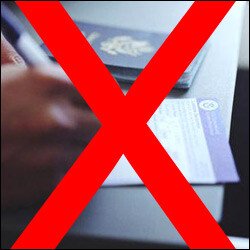 Tourism stands to benefit from a mutual agreement that will allow Europeans and nationals of St. Kitts and Nevis and three other Caribbean countries to travel hassle-free or without the need for visas.

One European website sees the arrangement between St. Kitts and Nevis, Barbados, the Bahamas and Antigua and Barbuda as helping Europeans to “escape to the sunny Caribbean with visa-free travel to exotic beaches.”

The European Commission said Thursday it expected member states to approve by the end of March the abolition of short-term visas to four Caribbean destinations – Antigua and Barbuda, The Bahamas, Saint Kitts and Nevis, Barbados – and Mauritius and Seychelles, in the Indian Ocean.

“Today, I have the pleasure of announcing the launch of the procedure to ratify agreements which will facilitate travel between the EU Member States and Antigua and Barbuda, The Bahamas, Saint Kitts and Nevis, Mauritius, Barbados and Seychelles. This is great news for nationals of these countries and EU citizens who will soon be able to travel to these countries without requiring short stay visas.”

The agreements cover all category of travellers, except for the category of persons travelling for the purpose of carrying out a paid activity, for which each Member State and also the six countries remain free to impose the visa requirement in accordance with the applicable Community or national law.

The Agreement was signed on behalf of St. Kitts and Nevis by the Federation’s London-based  High Commissioner to the United Kingdom, His Excellency Dr. James E. Williams in November last year at the headquarters of the Directorate General, Justice Freedom and Security, in Brussels, Germany.

According to the terms of the agreement, anyone who carries a valid St Kitts and Nevis passport (normal, diplomatic, official etc.) will be able to travel to any Schengen country without needing a visa. Holders of valid passports from the EU countries concerned will likewise be able to travel to the Federation without needing a visa. While it covers France and the Netherlands, it does not cover their dependent territories.