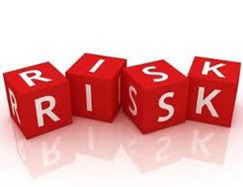 All Investments Carry Some Risk

Government Treasury Bills are among the safest of investments.

So says Kittitian-born economist at the United Nations Headquarters in New York, Mrs. Willa Liburd, in response to a statement by Mr. Dwyer Astaphan who claimed that holders of government bonds tend to lose 25 percent of their investment in Treasury Bills.

At a recent political meeting Mr. Astaphan said “anybody who is investing in Government Bonds or Government Securities stands to lose 25 percent of the value of their investment.”

Prime Minister Douglas who was asked on Tuesdays for his reaction to Astaphan’s statement dubbed it “absolute nonsense” and charged that Astaphan seems bent on destabilising the country and create confusion in people’s mind.

Noting that she did not hear Mr. Astaphan’s statement, Mrs. Liburd said Treasury Bills “are among the safest of investments.”

“Treasury Bills are sold at a discount through a bidding process of tendering; so that you actually pay less than what you get when you redeem the Bills.  For a long time the yield of Government of St. Kitts and Nevis Treasury Bills was in the region of 8% per annum, even when interest rates at Commercial Banks on Certificates of Deposit were much lower,” said Liburd on the St. Kitts-Nevis List.

“When interest rates in general fell, they went down to 6% per annum; still a very enticing investment.  One-year Certificates of Deposits at home are in the region of 5% and a little higher at the Credit Union and I believe also at National Bank.  At the foreign banks at home they are lower.  91-day Certificates of Deposit here in the US are yielding as low as 0.15% per annum for amounts under US$100,000 and 0.20% for amounts of US$100,000 and over; that is, less than half of 1%,” said the United Nations economist.

“If they are not taken up by others, the ECCB is obligated to take them up to a certain quantity.  So if the former Minister of Government did say what he is claimed to have said, it would be good to know what he actually means,” concluded Mrs. Liburd.

“The Treasury Bills Investment Scheme that the Government of St. Kitts and Nevis is presently operating is exceptionally sound”.

He disclosed that the Cabinet every 90 days would ensure that the returns that are expected on people’s investment are actually realised for their benefit.

“There is no truth whatsoever. It is almost the ridiculous claims that were made a few weeks ago about the National Bank which eventually turned out to be yet another attempt by Dwyer Astaphan to create confusion and to create instability especially in the financial environment here in St. Kitts and Nevis.”