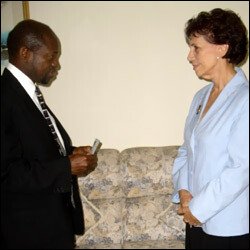 The Federation of St. Kitts and Nevis is expected to be represented at the Third Cuba-CARICOM Summit in Santiago de Cuba on December 8th.

The meeting will analyze vital topics for both sides, including the agreements signed in previous meetings.

Heads of state and government from the countries of the Caribbean Community will take part in this summit that was previously held in Havana, Cuba in 2002 and in Bridgetown, Barbados in 2005.

It is also expected that the discussions will be attended by other CARICOM authorities and representatives from the Organisation of Eastern Caribbean States (OECS) and the Association of Caribbean States (ACS).

According to Prensa Latina news agency, the summit will be an opportunity to further develop programs of cooperation and integration between Cuba and CARICOM member nations.

On November 8, 1972, four CARICOM states ““ Barbados, the Cooperative Republic of Guyana, Jamaica and Trinidad and Tobago – decided to establish relations with Cuba and thus opposed the policy of isolation implemented by Washington towards the Caribbean country.

Currently, Cuba has embassies in 14 CARICOM member nations and 11 of them have diplomatic representations in Havana although the number will increase to 12 by the end of this month.