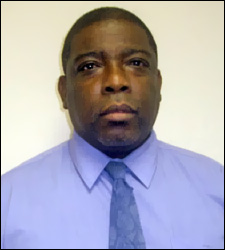 St. Kitts and Nevis’ 33-year-old Social Security has collected EC$1.02 Billion in contributions since its establishment in 1978.

This has been disclosed by Elvin Bailey, Social Security’s Assistant Director, Research, Statistics and Public Relations, who said that EC$650 million has been realized in interest on investments.

“For the same period we have paid $417.15 Million in benefits; and have a reserve balance of approximately EC$1.15 Billion at year end 2010,” said Bailey, pointing out that the figure is unaudited and is therefore preliminary.

He warned however “there are dangers lurking in the midst of our success. They are complacency and natural decline.”

He noted that while the world of work changes – as the informal sector grows, as job-work becomes more prevalent, as e-business expands – the possibility of non-compliance becomes greater and greater.

“We will redouble our inspection efforts, and we will rely more on the working people to voluntarily come forward and contribute. We feel however, that we have demonstrated sufficient goodwill over the years for the citizenry to recognize our good intentions and do the right thing. I have never met anyone who wouldn’t accept a little more money. We need your help!” said Bailey in his weekly column on Social Security.

Pointing out that Social Security as a living organism, he noted: “It is born, it grows, it declines; then there is a rebirth. We were born in 1978; we have grown up to this point and expect to continue to grow for a while longer. However, having grown (and hopefully “˜reproduced’ spin-offs like National Insurance & Employment Insurance), our challenge will be to stimulate rebirth.”

He however gave the assurance that decline for a Social Security system does not mean the end of pensions; rather it means that as it pays out all that is collected and there will be no rainy-day reserves.

“The good news is that rebirth is achievable through reform, and our reform project is well advanced. Join us, therefore, in toasting the best institution in our Federation. Join us in saluting our visionaries, past and present ministers, our directorate, our managers and our staff for a job well done!” he concluded.

The National Provident Fund, which preceded the Social Security Scheme,  was introduced by the St. Kitts-Nevis Labour Party Administration of Premier the Right Excellent Sir Robert L. Bradshaw in 1968 ““ one year after the attempted overthrow of his lawfully elected government on June 10, 1967. It was upgraded to a Social Security Scheme on February 1st 1978.