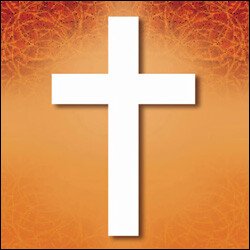 The Chamber Must Accept Full Responsibilty For Wrongdoing

The recent imbroglio surrounding the leak of a press release from the St. Kitts-Nevis Chamber of Industry and Commerce to the Chairman of The People’s Action Movement (PAM), Sidney Osbourne, suggests more of collusion than a collision.

So says this weekend’s editorial of the St. Kitts-Nevis Labour Spokesman.

The paper says the attempts by The Chamber, The Evangelical Association and the Christian Council to explain that what happened was an accident defies logic and reasoning and flies in the face of common sense. Their explanation has left more questions than answers.

The paper suggests that it is pathetic that The Chamber can use its influence to bamboozle the two Christian organizations into believing that what happened was as a result of “communication glitches” and “systems and mechanisms” that had not been implemented which resulted in the leak of documents still under discussion.

It is of the view that in trying to present a united front to absolve the “sin” of The Chamber, the three organizations have done an injustice to themselves where their credibility is concerned.

The editorial continued: We believe that “systems and mechanisms” were in place and that what took place was not the result of “communication glitches” but a malicious attempt to mislead and poison the mind of the electorate against any changes to the constituency boundaries and to give the false impression that the Government was not willing to sign the code of conduct for the political process.

For that reason, a copy of the press release that was approved for “immediate release” and later placed under an embargo, after discussions with Prime Minister Douglas, was intentionally leaked by a Chamber member to achieve their nefarious goal.

Professional and ethical conduct should not be a stranger to the three non-governmental organizations. They should know how press releases are to be handled. They have been issuing them for years. They know of the protocol to be followed.

“We had prepared a statement for immediate release on Friday (Nov. 6). After meeting with PM Douglas, we realized that there were certain things that needed to be changed. We instructed those on the committee to put a hold on the release, but unfortunately, the CIC member who gave the communiquÃ© to Mr. Osbourne was unaware of this development,” Chairman of the CC, Rev. Isaiah Phillip, explained at a press conference on November 16, hosted by the three NGO’s to try and explain the breach.

A press statement for “immediate release” is first disseminated to the press at the same time before it is given to anyone else. Whoever passed the press release to PAM’s chairman because they were not aware of the new developments must answer why the press didn’t receive the communiquÃ© the same time that the PAM chairman received it. This is where the problem lies. This is the lacuna.

There is enough reason in this fact alone to believe that there was some surreptitious and clandestine agenda on the part of the “professional” who passed the communiquÃ© to the chairman of PAM.

If this argument in itself does not suffice to establish malice for some people, then let’s look at another argument.

Four days after a statement for “immediate release” was put on hold because of changes to it resulting from additional discussions, the Chamber still disseminated the same press release that was leaked to PAM’s chairman. The culprit of this wanted to do double damage.

Yet, what is most alarming in all of this is that the three NGO’s have said that they have no agreed statement or final position to present to the press and the wider public.

Someone must be held accountable for the serious professional breach of ethics that took place. Someone must be reprimanded in some way. It is not enough for the Chamber to say that they cannot name the individual because at this stage it is “immaterial.” This is the conspiracy of silence that has been the response of the Chamber since the incident took place.

The Chamber must not use the Church as a cloak to shield it from accepting full responsibility for wrongdoing.

We believe that in the future the Chamber should not be responsible for the dissemination of press releases by the tripartite body in light of what took place.

The country is “flabbergasted and annoyed”, including church and Chamber members, at what took place and answers are needed from the Chamber.