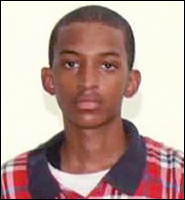 The Atlanta Journal-Constitution is reporting that Eustace V. Martin left St. Kitts on Saturday and arrived in Atlanta aboard the Delta Airlines flight at 7:30 p.m. Police said he was supposed to leave Atlanta aboard a connecting flight to Canada at 9:45 p.m., but did not make the flight.

The paper reports that Martin was last seen at Hartsfield-Jackson and was traveling from St. Kitts to Seattle, WA then to Vancouver.

Police said Martin, of Vancouver, was returning from a family vacation in St. Kitts and was last known to be at the airport on Saturday night and was reported missing by his family.

Police described him as about 6 feet tall and weighing 160 pounds. A photo provided by police shows a clean-shaven black man with close-cropped black hair.

Anyone with information about Martin was asked to call 911 (Atlanta) or notify the Atlanta Police Department’s Adult Missing Persons Squad, 404-546-5699.