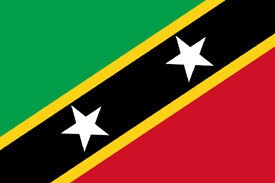 Federal Government Signs Letter Of Intent Basseterre, St. Kitts – Nevis February 10, 2009 (CUOPM) The Federal Government has signed a letter of intent to purchase geothermal energy from Nevis when the project is fully completed in 2010. Minister of … 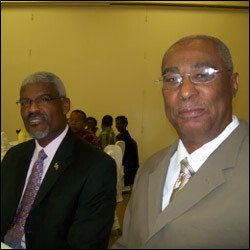 Premier of Nevis, the Hon. Joseph Parry, is of the view that geothermal energy will “change the face of the country with more jobs and cheaper electricity!” He made the statement as he delivered the Keynote Address at the 30th Anniversary Dinner of the Nevis Canada Association (NEVCAN), in Toronto on Saturday, October 25th.

According to Premier Parry, Geothermal would assist in lowering the government’s subsidies to the public debt, attracting industries in search of cheap power and removing a need for large sums of money to be spent annually on diesel for power generation.

“As we take steps to make ourselves strong economically and socially, we are fortunate to have discovered geothermal energy,” said Premier Parry.

Mr. Parry also told the very appreciative audience that fellow Nevisians should not stand aside and criticize; but instead, believe in the Federation’s motto of Country above self and support any Government in power, once the country is developing for the better. He continued by saying, “It doesn’t matter who was in Government and did nothing about Geothermal, it is more important that someone is doing something about Geothermal today.”

The audience applauded and they continued to cheer as the Premier asked the crowd to rally around the Nevis Island Administration (NIA), as the Nevis Reformation Party led Government seeks to move the island forward by diversifying the Economy.

Nevis 1 Geothermal Drilling Site Charelstown, Nevis June 11, 2008 “Once we got together and we did the geochemistry, the geophysics and the geology, we concluded that Nevis is the place to be today, tomorrow and over the next thousand …

With renewable energy to become a reality in Nevis, the Nevis Island Administration (NIA) has embarked upon putting the legislative legal framework in place to govern the area of renewable energy to be adopted by the NIA. Legal Advisor to the NIA Mr. Patrice Nisbett made the remark during a press conference held at the Conference Room of the Administration Building in Charlestown, on April 4, 2008.

“As the Legal Advisor and the person responsible for the legislative agenda and for drafting legislations in Nevis, we are here this week working along with two gentlemen from the Organization of American States (OAS) and the United Nations Industrial Development Organization (UNIDO) to finalize what would be the best piece of legislation that would be enshrined in the law and subsequently set out the Legislative Framework for which Geothermal Energy would be governed,” Mr. Nisbett said.

According to the Legal Advisor, the natural consequence of what is contained in the relevant legislation would address license, permits and concessions. He also said models related to purchase agreements were also looked at, which would be amendable to both the provider of the electricity and the buyers of the electricity.