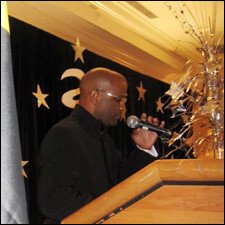 In a press conference held by PAM earlier this week, Grant said, “There is no doubt in our minds, that if Denzil Douglas cannot keep our citizens safe, he should do the honourable thing and resign.”

He continued, “And if he does not resign he should call the elections now, rather than later, so that the people can elect a new PAM government that will take a serious approach to the issue of crime.”

Grant said there is no doubt that our little country, where peace once abound, is heading in the wrong direction and that is why the people are saying, “we want a change, we want a change we can embrace.”

The party leader said a PAM administration will provide more police on the streets to patrol and protect our people, he said they will create better working conditions for security forces and invest in new and modern equipment for crime detection and prevention while developing a meaningful community police outreach programme that would make our neighbourhoods safer.

Further, he said under PAM there will be no room for government ministers interfering in the work of the police and no room for the tolerance of criminals.