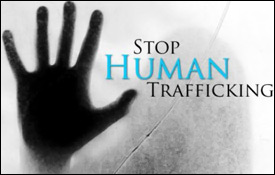 Forty consular and diplomat officials, and personnel from the Ministry of National Security, Immigration and Foreign Affairs in St. Kitts and Nevis will attend a two-day training programme aimed at increasing their awareness of the crime of trafficking in persons and strengthening their efforts to prevent it and fight it.

Trafficking in persons is a modern form of slavery and a violation of basic human rights involving coercive sexual exploitation, forced labor and involuntary servitude, among others,” said the Organisation of American States (OAS), which will train the officials on May 24th and 25th.

The programme, “Capacity Development to Recognize and Address Anti-Trafficking in Persons within the Foreign Service in the Caribbean Countries” has been implemented in 11 Member States throughout the Americas.

During the two-day training seminar, led by OAS anti-trafficking in persons experts, officials will look at areas such as the distinction between trafficking and smuggling of migrants; gender and human rights; victim identification, assistance and protection; and how trafficking in persons affects men, women, boys and girls in different ways.

The OAS is working to strengthen the capacity of consular and diplomat officials to recognize and identify victims of trafficking in persons and increase the exchange of information among Caribbean agencies working to tackle this threat, and improve their capacity to protect the victims.