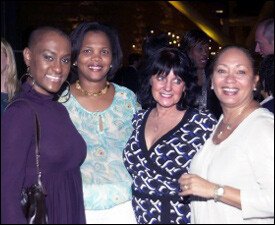 St. Kitts is said to be starting the new year off on an optimistic note at this year’s Caribbean Hotel and Tourism Association (CHTA) Caribbean Marketplace which ends in San Juan, Puerto Rico on Tuesday.

According to Caribbean Net News, St. Kitts is demonstrating measurable advancement in the development and promotion of the island’s tourism industry and a positive outlook for 2010.

The message from the St. Kitts delegation is that St. Kitts is “the” island to watch for the coming year and beyond.

While at Marketplace, members of the St. Kitts delegation have the opportunity to meet and interact with key tour operators and/or wholesalers covering the travel industry and Caribbean region, while also networking with select journalists, distribution systems, and publishing companies. The two day event consists of pre-scheduled appointments between suppliers and buyers as well as various social events and receptions.

“Taking part in the CHTA Caribbean Marketplace is an excellent way to kick off our efforts for 2010,” said Mrs. Rosecita Jeffers, CEO of the St. Kitts Tourism Authority. “The networking opportunities here are outstanding and we intend to take full advantage of all those afforded to us. St. Kitts is well on its way to becoming a world-class tourism destination and our new developments continue to progress steadily, which gives us plenty of positive news to discuss with event attendees.”

Moving forward in 2010, St. Kitts will maintain its strategic niche-driven approach to promotion of its tourism product, and, with the growing influence of online and social media, St. Kitts will be directing more efforts to these tactics in 2010. To further support the predicted uptick for 2010 and encourage inbound travel, St. Kitts has extended its island-wide value added programs. The island’s hotel and resort developments are continuing to advance through various planning and construction phases. Environmental sustainability will be a key area of focus, as will the development of product standards to positively impact the overall visitor experience.

During the first quarter of 2010 alone, St. Kitts has a peak season Delta Air Lines non-stop flight from Atlanta that just began on December 23, 2009; British Airways will begin a second direct flight from London Gatwick airport through Antigua on March 30, 2010 in addition to the daily flight by American Airlines from Miami and the twice weekly flight from JFK in New York and US Airways flights from Philadelphia and South Carolina.

Cruise arrivals for the 2009/2010 peak season are set to increase 18 percent over the previous season, approaching the half-million mark for the first time in the island’s history.