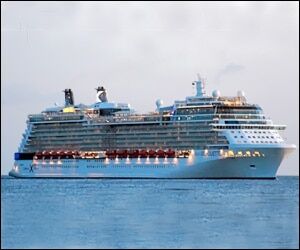 The outlook for the tourism sector in St. Kitts and Nevis is promising, as it is expected to undergo major improvements in 2016.

Prime Minister, Dr. the Honourable Timothy Harris, said that “2016 should be a bumper year for the Federation in terms of tourism development,” during his New Year’s Day address.”

He outlined that such improvements would include infrastructure, destination marketing, sports tourism and improved airlift.

“Our Nation welcomed the inaugural touch-down of United Airlines,” said Dr. Harris, while noting that the new flight adds to the range of international aviation access for the twin-island Federation.

He stated that in the New Year, the Federation will see the completion of a major construction project at Windsor Medical School, as well as the start of construction work to expand the existing physical plant of Ross University School of Veterinary Medicine.  Dr. Harris noted that these construction activities will generate new money for the economy, as well as jobs and entrepreneurship opportunities for service providers.

Construction will also begin this year on a second cruise pier at Port Zante to accommodate two mega cruise ships to meet the growing demands of a tourism industry.

Additionally, the construction of several top chain hotels within the next two years including Koi Resorts, Park Hyatt, Radisson and Embassy Suites is expected to grow the St. Kitts and Nevis hotel room stock by 50 percent.