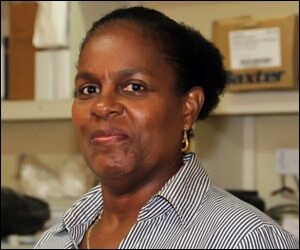 Medical Officer of Health in the Nevis Island Administration (NIA) Dr. Judy Nisbett, says a number of success were recorded in the delivery of health care on the island for 2015 and projected plans for improvements in 2016.

Dr. Nisbett, spoke of the status of the delivery of health care on Nevis while she delivered her 2015 report on Public Health programmes at the recent Alexandra Hospital’s Annual Christmas Programme on the hospital’s grounds.

She said in keeping with the NIA’s aim to provide quality health care to the people of Nevis, the Public Health Department is continuing to improve its immunization service and had commenced offering a Hepatitis B vaccine at birth, instead of at a later stage.

In addition, she explained that the Polio vaccine is now being administered through an injection which is more effective than the oral administration.

Doctor Nisbett also stated that attendance at the Child Health Clinic was satisfactory and met the Health Department’s 2015 target.

She said a number of public health services continue to be offered to the public, among them Antenatal and Postnatal Care, Family Planning services, Men’s Health Care, Diabetic and Hypertension programmes and a Mental Health programme.

In the area of food-borne diseases and illnesses, Dr. Nisbett said the Environmental Health Unit continues to work with communities throughout Nevis in an effort to control the vector population of mainly rats and mosquitoes.

She noted that in an attempt to stem emerging illnesses such as the Chikungunya and Zika viral infections, both spread by the Aedes Aegypti Mosquito and Leptospirosis which is spread by rats, are kept at bay through the Environmental Health Programme.

Meantime, she stated that the Department is awaiting the results of a “Decayed, Missing and Filled Teeth” survey which was conducted on Primary School children in early 2015.  She said the results will serve as a guide for further intervention.

Dr. Nisbett said a number of programmes have already been targeted for further enhancement including the Oral Health Programme. It provides for all age groups and will assist with the implementation of new strategies for diabetics and antenatal care in 2016.

Also the Eye Care Programme which recently celebrated 20 years of service to Nevisians. It was started at the Alexandra Hospital by Dr. George Bresnick and continued by Dr. Raymond Hubbe. Dr. Nisbett said the programme continues to positively impact the Eye Care Services offered at the Hospital.