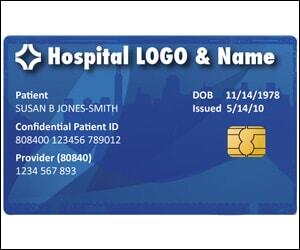 More residents of St. Kitts and Nevis will have access to the health smart card and will benefit from the expanded service to include all public hospitals in the Federation by the end of the first quarter of this year.

This is according to Caribbean Regional ICT Project Manager in St. Kitts and Nevis, JoAnna Huang, who revealed that the distribution of the card to residents of the Federation began in January 2015 but initially it could only be used at the Joseph N. France General Hospital.

“If all goes well, the smart card should be able to be used in all public hospitals within St. Kitts and Nevis, which includes JNF Hospital, Pogson Medical Centre, Mary Charles Hospital and the Alexandra Hospital,” she said.

Ms. Huang revealed that the card is an integral part of the Hospital Information System (HIS) and the expansion of its use should begin by the end of March 2016.  She explained the efficiency of the bar-coded, picture identification (ID) card.

“The Hospital Information System which is responsible for distributing the card is an automated computerized system and the card was playing a very important role in identifying patient’s medical records, and speed up the administrative procedures,” she said.  “For instance the nurse can scan the card and receive patients’ medical records from the database.  This can save a lot of time going through paper records.

She elaborated that the HIS is designed to integrate the individual medical service procedures into a whole process.

“In doing so,” Ms. Huang said, “The process of doctor visits, to registration; doctor consultations, to the pharmacy, can be seamless and the waiting time in between can be eliminated.  The professionals in the hospital can concentrate more on their role, rather than the administrative work that usually takes place.”

The procedure to receive a smart card is simple and it can be given to anyone three years of age and older.

“If you are the existing patient of hospital what you need is to update your information in the system,” the Caribbean ICT Project Manager said.  “If you are new to the hospital you might need to fill out the registration form at the counter and also present at least one form of ID, whether it’s passport or driver’s license at the office.  And the last step would be to take a snapshot.  The hospital staff will take a snapshot and the card can be printed within a minute.”

The HIS is possible chiefly due to the assistance of the Government and people of Taiwan through the International Corporation for Development Fund (ICDF).

“It is a foundation whose chairmanship is held by the Minister of Foreign Affairs in Taiwan,” Ms. Huang said.  “The ICDF organization will be in compliance with Taiwan’s foreign policy to work on different cooperative projects.  These projects could be in the areas of agriculture, information technology, food processing and renewable energy, depending on the needs of Taiwan’s diplomatic allies.”

The most recent contribution by Taiwan through the ICDF took place on January 13, 2016 and consisted of 38 Acer computers with desktops, four Microsoft Surface Pro tablets, as well as one multipurpose HP printer along with other accessories.  They will be used in medical records, accident and emergency, doctor consultation, laboratory, central medical supply, cashier and the wards areas.