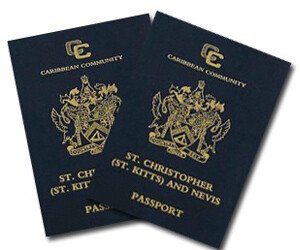 The rules governing international travel are ever-evolving and every country, including St. Kitts and Nevis, has the right to determine who will and will not enter its territory, and St. Kitts-Nevis respects this.

So says St. Kitts and Nevis’ Prime Minister the Rt. Hon. Dr. Denzil L. Douglas, who added that in keeping with his Government’s commitment to ensuring the highest possible standards where identity management is concerned.

He said his Government will be reissuing, at no cost to passport holders, certain St. Kitts and Nevis passports.

“To expedite this process, the St. Kitts and Nevis Government will be re-issuing any E-passports which do not display either place-of-birth and/or name changes.  Adhering to the highest standards of quality assurance and security checks, the re-issuance of these passports will take place between December 10, 2014 and January 31, 2015, with the Canadian Bank Note Company serving as a technical consultant during the process,” Prime Minister Douglas disclosed at his monthly Press Conference on Wednesday.

He urged holders of E-passports in which place-of-birth and/or name changes are not printed to facilitate the receipt of their new passports by submitting their current passports and relevant application forms to any of the reception centers that have been publicized by the Government.

He also informed that effective January 31, 2015, any passports not submitted for replacement will be invalidated.

“The protection of our country and its people, in all areas and in all ways, has always been and will always be the number one priority of this Government.  Whether in agriculture, energy generation, or some other sphere of Government endeavor, we shall always remain alert to prevailing circumstances and make the policy and programmatic adjustments as required,” Prime Minister Douglas told reporters.

He stressed that his government “will continue to work with regional and international Governments to ensure the advancement of our individual and collective national security interests, and the details outlined in this statement bears testimony to this fact.”