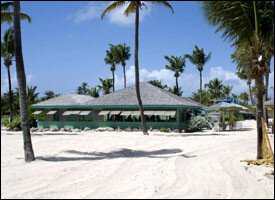 St. Kitts and Nevis will join other countries in the world in commemorating the 25th Anniversary of the Ocean Conservancy’s International Coastal Cleanup, come September 25, 2010.

Locally, the activity takes the form of the Annual National Beach Clean Up which takes place tomorrow, Friday, September 24. Approximately 320 students and volunteers in St. Kitts have made the commitment to take part in the Cleanup.  Debris will be removed from North and South Friars Bay, Newtown and Irish Town Bay Roads and North Frigate Bay.  Groups of students and volunteers will also be positioned at Conaree, Lynches, Parsons and Keys Beaches as well as Dieppe Bay, Cockleshell, Banana and Major’s Bays.

Once the debris is collected it will be sorted, categorized and weighed.  The information is recorded on standardized forms which are sent to Ocean Conservancy which analyzes, and publishes the data in its annual Marine Debris Index.  Last year, 500,000 volunteers from 108 countries picked up 7.4 million pounds of trash on a single day during the International Coastal Cleanup which is the world’s largest volunteer effort for the ocean. This and other statistics were compiled in a report called “Trash Travels: From Our Hands to the Sea, Around the Globe, and Through Time.”  It provides a roadmap for eliminating marine debris altogether by reducing it at the source, changing behaviors that cause it, and supporting better policy.