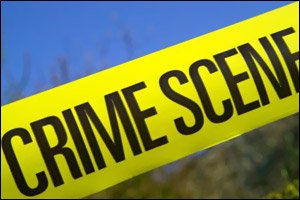 The compassionate yet forceful style of Government in enforcing the law was hailed at a town hall meeting at the Newtown Community Center, on Wednesday evening.

Terry Williams, a taxi driver from Haynes Smith Village was among persons commending the Government for what he described as the “tidying up of the [local] legislation” of the land.

“Sometimes you wonder if people forget law and order,” Mr. Williams said, noting the acts of those that engage in antisocial activities and other less serious offenses.

A number of amendments have recently been passed in the National Assembly to ensure law and order is strengthened. Among issues highlighted at the town hall meeting were the Noise Abatement Bill of 2008, which sets tighter restrictions on the levels of noise allowed at certain hours; and The Vehicles and Road Traffic (Amendment) (No.2) Bill which addresses a variety of issues including ticketing violations, and wearing seatbelts. The Proceeds of Crime (Amendment) (No. 4) Bill, 2008 was also mentioned.

“We have to control this country” Mr. Williams stressed, while explaining that the public must do more to support local law enforcement.

“Thanks for tidying up. I hope we see much more,” he told the head table which included Prime Minister Honourable Dr. Denzil Douglas as well as Minister of Public Utilities and Parliamentary Representative for Constituency #1 Honourable Dr. Earl Asim Martin.

Minister Martin is currently celebrating 15 years of parliamentary service to his constituency which includes East Basseterre. Parts of Newtown have been labeled by the Police as a “hotspot” for antisocial behaviour.

The constituency representative said that his Government is tackling the issue of crime on all fronts and is committed to the rehabilitation of individuals that commit less serious offences. He noted that the St. Kitts Coed Juvenile facility currently under construction at Harris’ is one such measure that will serve this purpose.

Those who have been victims of crime have also gained support from Minister Martin, who consistently reaches out in a personal way to families. “Life is about challenges. But it is how you deal with those challenges that is important,” he stated. I want to assure the people that I am standing up and I am going to resolve those challenges that confront us.”

Prime Minister Douglas expressed full confidence in Honourable Dr. Asim Martin as the East Basseterre Representative as a Parliamentarian and Senior Cabinet Minister. In addressing the issue of serious offenses such as murder, he reiterated Government’s ideology of corporal punishment.

“Let me make it clear, that this government believes in hanging. Let me say further, that hanging as the ultimate punishment for murder, remains on the law books. We have not removed it “¦,” stressed the Prime Minister.

He added that persons on death row have a right to appeal their sentence at the local and regional level and at the Privy Council in England. A number of persons have already exhausted this process and are due to go to the gallows shortly. Those who have been on death row for more than five years are not likely to be executed due to standard international principles.

“What we now have to do is to ensure that we [the Government, within the confines of the law] do all that we can to get the process completed under five years,” said the Prime Minister and Minister of National Security, Dr. Denzil Douglas.