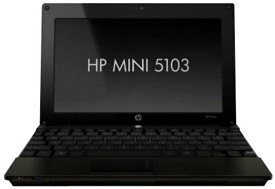 Two hundred HP (Hewlett-Packard) 5103 laptops are being shipped to St. Kitts and Nevis this week, the first allocation of computers for Government’s I-Literacy One-to-One Laptop Project.

This was revealed by HP’s Caribbean Territory Manager Ted Serrano at a press conference on Monday. Mr. Serrano confirmed that the order for the project was received in November of 2010 and the laptops should have been delivered within a 60 day time period. However a worldwide shortage of some components for the machines resulted in a delay.

Minister responsible for technology Honourable Glenn Phillip stressed that the I-Literacy Project was an important investment that Government was making in the Federation’s youth.

“We have promised our students the very latest in technology [to meet] their needs,” he stated. “We have partnered with Microsoft and [that relationship] also has critical components in terms of training for teachers, students and other sectors.”

The project also fits into the growing digital landscape in St. Kitts and Nevis, which according to Minister Phillip, boasts the highest penetration rate of broadband services among member states of the Organization of Eastern Caribbean States (OECS).

Mr. Serrano promised that the remaining 1,000 laptops will be shipped to the Federation by the end of February signaling the end of the first phase which targets fifth form students. He congratulated the high school students and teachers slated to receive the technologically equipped machines and encouraged them to take good care of the devices.

Students in the other grades will receive their laptops in subsequent phases.