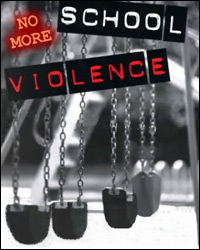 The Schools Anti-Violence Programme, which is being piloted in five high schools in the Federation, has achieved several of its initial objectives.

Education Officer, Psychologist Dr. Tricia Esdaille, said although the project is a long term strategy, there are key indicators along the way to measure the programmes’ progress.

Dr. Esdaille elaborated that the recent visit of Chief of Police of Miami Dade County, Florida, in the united States, a great development in bringing the success of the project to fruition as the Ministry of Education seeks to employ best practices in youth violence intervention.

The psychologist said apart from getting assistance in determining the role of law enforcement in seeking to curb crime in schools, the presence of Chief Hurley was also very significant as far as sourcing training for local law enforcement, guidance counselors and other key personnel.

Dr. Esdaille said one of the programme’s main findings to date has been the need for a standardized Behaviour Management Policy in schools. She also said that an emphasis is being placed on hearing the voices of youth; school beautification and life skills programmes.

Minister of Education Honourable Nigel Carty, in a recent planning meeting of Heads of Departments in his Ministry expressed his commendation to Dr. Esdaille and her team of assistants who have been working on the project feverishly.

The Minister said the project was important because it fell in line with the Government’s anti-crime policies as well as his Ministry’s White Paper Policy on making schools pleasant and nonthreatening environments where children can learn.

He added that his Ministry would continue to keep this project as one of its focus areas and anti-violence interventions are being made a common part of the pilot schools’ curriculum with a view to expanding to other schools in the future.

Permanent Secretary of Education Osmond Petty said while the programme is being piloted in some schools it is not being done in isolation and that other schools have implemented other activities which will directly and indirectly assist the anti-violence objectives such as after school programmes and students’ councils.