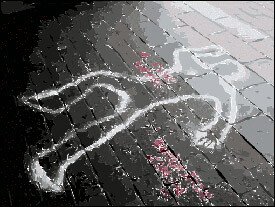 Federation On Track For Another Undesirable Record

Just in:
A 22 year old man was shot dead in Sandy Point a few hours ago. Details to follow when available:

Police are investigating a shooting incident which occurred at about 7:45 pm on July 17th, at Shaw Avenue.  Investigations revealed that five (5) young men were sitting at the entrance of an alley which leads to Thibou Avenue, when two armed masked men came through the alley from Thibou Ave. and began shooting at them.   Jamed West  alias Pupup  of Lower Shaw Ave., Lewis Powell alias Big Smoke,  of Fort Thomas Road and Ricky Williams of Central Street sustained gunshot injuries and were taken to the JNF Hospital where they were treated and warded in stable condition.  No arrest has been made, investigations are ongoing.

At about 2:10 pm on July 17th 2009, Police responded to a robbery report at the Paul Southwell Industrial Site.  Investigations revealed that three masked men, one of whom had a firearm, entered Roy’s Eatery, held up the business proprietor and two employees, and robbed them of a sum of money.  One of the masked men also pulled a gold chain from the neck of one of the employees before making their escape.  No arrest has been made, investigations are ongoing.