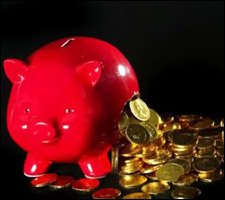 St. Kitts and Nevis achieved a near five percent economic growth last year and despite the international economic and financial looks set to meet the projected consolidated overall fiscal surplus of EC$39 million or 2.4 percent of GDP in 2009.

A country report on St. Kitts and Nevis following an analysis of member states of the Eastern Caribbean Currency Union (ECCU) at the Eastern Caribbean Central Bank (ECCB) Headquarters following a two week boot camp of technicians and development partners documented that an improvement in the fiscal operations of the Federal Government is expected in 2009, based on the outturn in the first five months of the year, and likely developments in revenue collections and expenditure for the rest of this year.

The Monetary Council noted that the Federation achieved a 4.6 percent growth in 2008, slightly above the 4.2 percent achieved in 2007.  The growth in 2008 was led by expansion in agriculture and construction.  The report also indicated that inflation rose by 5.4 percent in 2008.

“Should we achieve our projected overall fiscal surplus, we would be the best performing country in the OECS on the fiscal account despite a fall in the level of economic activity, particularly in tourism and building construction in 2009.  The ECCB Monetary Council noted that while St Kitts and Nevis is projecting a surplus, other countries such as Anguilla, Antigua and Barbuda, Grenada, St. Lucia and St. Vincent and the Grenadines are recording deficits ranging from EC$59.2 million to EC$209 million for 2009,” said St. Kitts and Nevis Federal Minister of Finance, Dr. the Hon Timothy Harris.

He said that the fiscal performance of the country for the first six months of 2009 was an excellent best ever, notwithstanding the impact of the global economic and financial crisis on the economy of St Kitts and Nevis.

Dr. Harris said the economy suffered from the prolonged closure of the Four Seasons Hotel, the loss of high per capita tourist expenditure associated with the Four Seasons client base, the collapse of the C L Financial Group, a reduction in remittances and drop in stay over visitors.

Notwithstanding these significant challenges, St. Kitts and Nevis managed, through aggressive revenue collection activities and expenditure containment, to achieve the best fiscal outturn to date and a significantly huge primary balance surplus.

The Finance Minister expressed his gratitude to all revenue collecting departments and accounting officers for their excellent performance and intimated “our interventions here are working hence we are achieving efficacious results in St. Kitts and Nevis.”