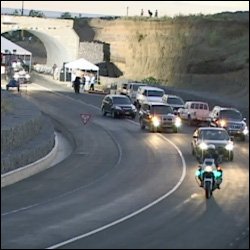 The newly opened Frederick T. Williams Highway was celebrated as a symbol of the growth and promising future of St. Kitts and Nevis, on Friday.

This message reverberated with scores of persons who attended a ceremony to officially open the 3.8 kilometer stretch of road which links Camps to the Kim Collins Highway near the R. L. Bradshaw International Airport.

Minister of Works, Honourable Dr. Earl Asim Martin, told the gathering that “this Government in many ways made the impossible, possible” by completing the project which spans more than eight communities.

He noted that critics who doubted the feasibility of the plan, which saw the carving of a new road through difficult terrain, and called for the construction of five bridge structures, were again proven wrong as Government continues to creatively fashion projects that would positively impact the people and the development of the country.

“The project from its conception had sound economic positive factors which gave us confidence to go forward with the designs and tendering of the project,” he explained recounting feasibility studies that were carried out in 2002 with assistance from officials from the Caribbean Development Bank.

What was then known as the West Basseterre Bypass Road project, expanded to include new features which saw the addition of roadways to link more communities, two new roundabouts, a bridge over college ghaut and a comprehensive drainage system. The new highway meets international standards in safety with adequate traffic markings, shoulders and protective barriers.

Director of Public Works, Calvin Pemberton, disclosed that total cost of the highway was US $13.9 million.

Prime Minister Honourable Dr. Denzil Douglas stressed that this investment was vital to the continued growth of the economy as more communities are now directly connected to the capital, Basseterre. He suggested that this will influence additional development in a northern and western direction.

The Prime Minister also highlighted practical benefits such as reduced road congestion, smoother flow of emergency traffic, business expansion and enhanced safety for residents particularly during periods of heavy rainfall which may cause various ghauts to flood.

He then informed the audience, which included His Excellency the Governor General and other senior Government officials that the highway was to be named in honour of the late Frederick T Williams, an outstanding citizen who was elected to the Legislature in 1952. Four years later with the advent of the Ministerial System he was appointed Minister of Social Affairs and later of Communications and Works.