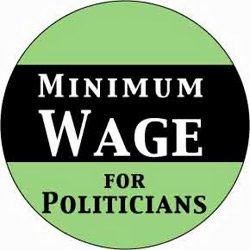 A decision on the rise in the minimum wage paid to workers in St. Kitts and Nevis is due soon, perhaps as early as the end of the month.

Minister of Finance Honourable Dr. Timothy Harris made this announcement at a press conference at the Ministry of Finance, on Thursday. He noted that the weekly Cabinet meeting on Monday saw deliberations on the matter but a final decision has not been reached.

“I feel comfortable [in saying] that in a [few] weeks the public will be made aware of what the new minimum wage will be in the Federation,” he stated.

“The cost of living has moved and I think that there is a reasonable expectation from the private sector that there will be a movement upward in the minimum wage,” the Minister of Finance stressed, referring to the consensus reached when representatives from government, employer agencies and worker institutions ““ who form what is known as the tripartite group ““ met to review the matter in June.

Minister Harris indicated that the process has been lengthy because government was committed to involving all stakeholders in the consultation process, as is the practice in major policy decisions. He added that due to the accord reached with partners there is no expectation of lay offs by businesses.

“We do not foresee any negative fallout really because this will not be the first occasion where we have had wage adjustments,” said the Minister, citing the increase in 2004 from $5.50 per hour to $6.25. “There was no negative fallout in terms of employment. The current adjustments [being considered] are reasonable adjustments and by in large, as in all other dispensation in the past, we have never had employment fallout.”

“We should also bear in mind that a productive worker brings benefits in terms of efficiencies and better quality work “¦ and so the organization is likely to have a very positive impact if it treats the employee in keeping with the International Labour Organization (ILO) expectations with respect to decent work,” he said.

Minister Harris reiterated Government’s concern for workers in the low wage earning category, particularly the single mothers working at the Industrial Site, in being able to live comfortably. Government initiated the pay scale review in an attempt to ensure that workers at the lower end of the income bracket can cope with the spiraling global cost of food and oil which threatens to drive millions into poverty in countries around the world.