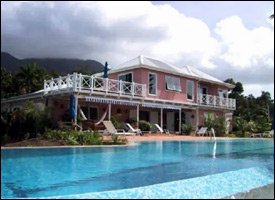 St. Kitts and Nevis is the only English-speaking Caribbean nation listed in the top five most lucrative second home markets worldwide.

According to the October/November issue of Robb Report Vacation Homes, released in late September, the other four international cities are Abu Dhabi, Belize, Croatia and Curacao.

The magazine’s Senior Editor, Samantha Brooks, said in a release the final list “results from extensive research that investigated more than 50 international locations ““ from the beach and the mountains, to the city and the desert ““ before narrowing it down to 10 destinations.”