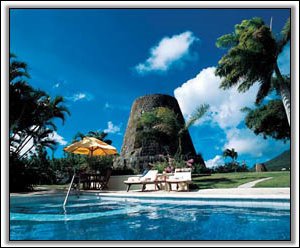 Despite a 15 percent to 40 percent decline in hotel room occupancy and revenue when compared to the same period last year, Minister of State in the Ministry of Tourism, Sen. the Hon. Richard “Ricky” Skerritt said  Tuesday that employee layoffs should be used as a last resort for cost reduction.

He told the St. Kitts and Nevis National Assembly that while the crisis has not yet been felt in a massive way on St. Kitts, as compared to several of its Caribbean neighbours who have been reporting significant job lay-offs as well as a slow-down in direct foreign investment, it is imperative that “we pay close attention to these global developments and ensure that we put in place measures to mitigate against any major fall-outs from the crisis.”

“However, for the most part local hoteliers are staying optimistic that things will eventually improve and are being encouraged to place strong emphasis on having a visible market presence and a staff training programme in these difficult times. Employee layoffs should be used as a last resort for cost reduction,” said Sen. Skerritt.

He pointed out that the impact of the serious economic conditions on the travel market has been even more complicated by the shocks from heavy financial losses and closures in the airline industry and a significant reduction in airlift capacity which began over a year ago.

“The tightening of available financing for new tourism investment and loans has also meant that numerous large tourism projects in our region have virtually collapsed or, at best, been put on pause indefinitely,” said Sen. Skerritt.

He added that it was no surprise that the corporate travel market is also undergoing serious cutbacks and new bookings for the meetings and incentive market are already down significantly for 2009.

“This corporate meetings and incentives market normally contributes over 50 percent of the business of our local Marriott resort, the largest hotel in our Federation, and this is one global area where the impact is already being felt locally,” said the Tourism minister.

Mr. Skerritt said however it was not all doom and gloom in the tourism sector and it should be noted that the United States and United Kingdom markets have proven to be much more dynamic in the past and their economic woes have not yet forced the majority of travelers to actually give up their holiday.

He said that separate studies carried out recently have shown that, for many consumers, the economic crisis will not delete their main holiday plans. However, the studies also showed that vacationers will cut back on second holidays and short breaks.

“The encouraging news is that the main holiday remains all important to most travelers.  However, one survey also shows that many holidaymakers plan to spend less while on their holiday this year. In other words, even though consumers still intend to travel, holiday makers are being more prudent in their spending while on holiday,” said Minister Skerritt.

He said that consumers are looking for bargains and specials which offer more value for money and in many cases they are taking shorter weekend type vacation trips, closer to home. Last-minute bookings are a noticeable trend which requires more proactive and creative efforts over the coming months.