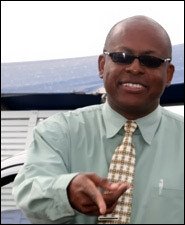 The Federation of St. Kitts and Nevis is presently hosting the Caribbean Financial Action Task Force’s (CFATF) Heads of Plenary and Ministerial Meetings, which are taking place this week at the St. Kitts Marriott Resort.

The Caribbean Financial Action Task Force (CFATF), established in 1992, is an organization of thirty states of the Caribbean Basin, which have agreed to implement common counter measures to address criminal money laundering and the financing of terrorism. In March 2008, the CFATF was accepted as an associate member in the Financial Action Task Force (FATF), a development which will enable the regional organization to play a greater decision-making role within the FATF.

On Monday 17th November, Heads of Financial Intelligence Units from CFATF member countries met to discuss issues relating to training, development and capacity building; as well as the progress of the Typologies Publication Working Group which has been assigned the task of compiling and preparing a draft report on the development of money laundering and terrorist financing methods and trends in the Caribbean Basin Region.

From Tuesday 18th – Thursday 20th November, the Mutual Evaluation Reports of a number of member countries including the Turks and Caicos Islands, Honduras, St. Lucia and the British Virgin Islands will be looked at to see if they are in accordance with the CFATF’s monitoring procedures.  Countries whose Mutual Evaluation Assessments were conducted over the past two years will also be presenting follow-up reports to the meeting on actions taken to date to correct deficiencies in their anti-money laundering and counter terrorism regimes.

The 15th Ministerial Meeting convenes on Friday 21st November.  It is expected that the Federation’s Financial Secretary, Mrs. Janet Harris, who presently serves as Deputy Chair of the CFATF, will assume the position of Chair for the period 2008/9.  Friday’s Ministerial Meeting and the opening ceremony will be chaired by Mr. Laurie Lawrence, Permanent Secretary- Finance in the Nevis Island Administration.

The Mutual Evaluation Report for the assessment on the Federation which was conducted in September 2008, is expected to be presented to the May 2009 Plenary and Ministerial Meetings of the CFATF.