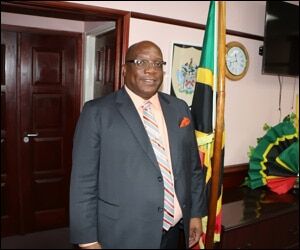 Fellow Citizens and Residents of St. Kitts and Nevis:

I consider it an honor and a privilege to address you as our Federation begins its annual, 30-day ritual of showcasing the advancement and evolution of our people via the History and Heritage Month celebrations being organized by Brimstone Hill Fortress National Park Society. Throughout the entire month of February, the Society and its strategic partners would have expended considerable effort and expense promoting, reminding and sensitizing the public on the rich and diverse culture, history, value systems, challenges, achievements and social underpinnings that have come to characterize the people of St. Kitts and Nevis.

Now in its 10th year, History and Heritage Month ““ which was formerly observed as a week of activities – is an ideal opportunity for us, as a relatively young Nation, to take stock of where we came from, our current status, and our future ambitions – be they individual or collective.  St. Kitts and Nevis is a Country that has been independent for just over 32 years.  Yet, as the Mother Colony of the British West Indies, our Nation has secured an indelible place in world history as the mecca of British settlement in the Caribbean following the arrival of Sir Thomas Warner at Fish Bay, Old Road in 1624.  Of course, one can never discount the pivotal developmental role of our first inhabitants: the Amerindian population of Caribs and Arawaks would have called our islands “home”, and sustained their existence via the rich resources of the land and the sea.  We must also bestow tremendous credit to our resilient African ancestors, on whose backs the former sugar-based economy of St. Kitts and Nevis would have been developed over 200 years of British slavery.

As we ponder the rich past of St. Kitts and Nevis, we must also take stock of the cultural and ethnic influences that have helped to not only define us, but also aided in coloring the cultural complexity of our Nation that is evident in our art forms, our food, our customs and conventions, and our oral traditions. In doing so, we would come to acknowledge the role played by other European immigrants such as the French and Portuguese who would have contributed to development of agriculture and small business development in St. Kitts and Nevis.

History and Heritage Month 2016 promises to showcase a wide array of programmes and activities designed to promote awareness and appreciation for the history, culture and heritage of our Country.  Among the highlights of the month-long celebration are the following:

A number of post events are also scheduled for the month of March, including a Cultural Fair at the Clarence Fitzroy Bryant College on March 10th. I take this opportunity to encourage all of our citizens and residents to participate in these programmes, and to use them as opportunities to teach our young people about our collective history, and the journey towards our advancement as a small island developing state (SIDS).  By extension, I also use this media to encourage our people to support the work and mission of heritage and cultural preservation being carried out by agencies such as the Brimstone Hill Fortress National Park Society.  Had it not been for the Society’s conservation efforts, we may not have been able to enjoy today the vistas, historical artifacts, and architectural and engineering legacy that are all embodied in Brimstone Hill Fortress, the Gibraltar of the West Indies ““ and a remarkable UNESCO World Heritage Site.

I wish to take this opportunity to congratulate the Brimstone Hill Fortress National Park Society for its consistency and dedication in promoting and preserving the history, culture and heritage of the people of St. Kitts and Nevis throughout the years.  The Society’s mission, and its collaborative approach towards working with other like minded agencies such the St. Christopher National Trust and the Nevis Historical and Conservation Society auger well for ensuring that our collective history and evolution as a Nation will never be lost.  It is a well-known fact that a people who have lost their history and liable to repeat the same mistakes and navigate the same hurdles of the past.  We should never forget our past.  Instead, we should be mindful of our origins, struggles, challenges and limitations, and then use them as stepping stones and lessons learned blaze a trail towards the bright future to which we are all entitled.