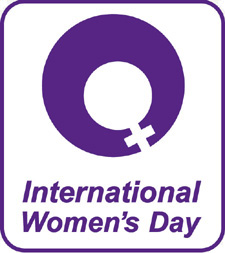 Seventeen accomplished women of the Federation, are the focus of an exhibit that has been on display since International Women’s Day, March 08.

The showing runs for another month and features luminaries such as Avril Archibald, owner of a secretarial college and designer of an office procedures software programme.  Dr. Thelma Phillip-Browne the first registered female doctor, Pamela Wall a trailblazer of Non Government Organisations (NGOs) and Ann Wigley a former Senator and retired Supervisor of Social Services are also showcased in the exhibit.

The display shines the spotlight on a mother and daughter who both made their mark in the political arena.  Honourable Marcella Liburd current Minister of Health, Social Services, Community Development, Culture and Gender Affairs has publicly commended her mother for setting an excellent example in the areas of progressive education, empowerment of women and demonstrating the importance of political aspirations by women.  Minister Liburd’s mother, Ann Liburd is featured as a pioneer in politics and the Women’s Movement having been elected three times as President of the Caribbean Women’s Association (CARIWA) and representing the women of the region at several international forums.

Other female notables recognized for their service in the public sector are Constance Mitchum the first female minister and Jacinth Henry-Martin who served as a Minister of Government and is currently the Permanent Representative to the Organization of American States (OAS).  Ada Mae Edwards the first female Speaker of the local National Assembly and Rosalyn Hazelle the first female Ambassador are also acknowledged.  Mary Charles is recognized for her pioneering role as a teacher and for the empowerment of women.

The display showcases three young women including Raquel Williams-Ezquea who despite her disadvantaged youth used her education to propel her to become an Agricultural Officer.  Youthful pioneers are also La Reine Gumbs an engineer and Jolin “Tooshi” Davis an architect.

The general public can become further educated about the Federation’s Pioneering Women by visiting the exhibit, presently located at The Cable Building, Cayon Street, between 8:00 a.m. to 3:45 p.m. until Friday.  The following week, April 11 to 15, the display will be located at the Electricity Department and April 18 to 22 at the St. Kitts-Nevis-Anguilla National Bank.  The display was mounted by the Departments of Community Development, Culture and Gender Affairs.