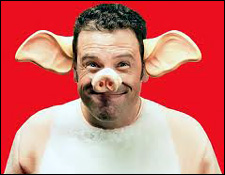 Pig Ears Will Not Be Charged In VAT Porgram

Ahead of the introduction of Value Added Tax (VAT) on November 1st, the St. Kitts-Nevis Labour Party Cabinet has approved the complete removal of import duty on several food and non-food items.

Twenty items have been reduced to zero percent and seven others reduced by five and 20 percent.

On Monday, the Cabinet, presided over by Prime Minister Hon. Dr. Denzil L. Douglas approved the complete removal of import duty on 20 of the 27 items in the Basket of Goods introduced in 2008 with reduction on seven others.

The import duty on Pasta, Margarine/Shortening/Lard and Vegetable Oil has been reduced from 25 percent to 10 percent and Tomato Ketchup from 20 percent to 5 percent.

The import duty on Eggs has been reduced from 40 percent to 20 percent and mosquito coils from 25 percent to 5 percent.