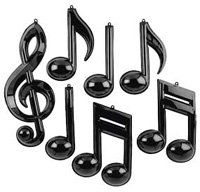 Officials from the Ministry of Education bade farewell to five-year music volunteer Mrs. Veronica Phillipson at a recently held ceremony.

Recognizing the power of music as a tool to aid in personal and academic development, the Ministry of education readily received Veronica Phillipson retired music volunteer in January 2005 when she approached them. The Permanent Secretary Osmond Petty commended her, for the work she did in a project called the “St. Kitts Choral Project.” Choirs were established in all the government primary schools on St. Kitts and training of selected teachers on how to conduct their own school choirs was also done. He further spoke of his fascination of her overall work thanking her for selecting St. Kitts and Nevis.

The St. Kitts and Nevis Information Service cameras caught an attractive painting of vibrant colours depicting a harbour view of St. Kitts. The Honourable Nigel Carty Minister of Education presented the token of appreciation to Mrs. Phillipson for her contribution to music development in the Federation. He warmly embraced the music volunteer for her humanitarian qualities and extended best wishes in her new endeavours in Athens, Greece.

Meanwhile, being overwhelmed by the recognition, Mrs. Phillipson shared in the sentiments citing her own appreciation to all who contributed in her work. She applauded the people of St. Kitts and Nevis for their love and friendliness towards her and assured her return some day.