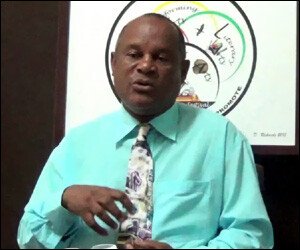 New Director of Culture Troy Mills has plans to awaken appreciation of the endemic culture of St. Kitts and Nevis.

Mr. Mills who took up office in May, noted that culture is much more than Carnival, folklore, and calypso.

“Culture is really what defines us as a people,” he emphasized.  “And if that is lost by the younger generation, they will gravitate to another culture and it’s very easy to see that happening with the influence of the internet, and what have you.  Over the years we’ve been seeing an inclination towards the American culture because of the Cable TV.  So the Department of Culture which I’m pleased and honoured to be the Director of, we will now have to work on ensuring that particularly the young generation, but ultimately everyone, become very much aware of what is our culture as Kittitians and Nevisians.”

The new Director added that once there is awareness of the intrinsic Kittitian and Nevisian culture, it should be evident in our food, clothing, dialect, music, painting and art in general.  He outlined some goals.

“Upgrading the education and enhancing the cultural programmes that we have ““ the music in schools, the steel bands in school itself and music as a whole,” Mr. Mills said.  “That is something that is not as strong as we would like it to be, brass bands etc. in the various high schools, competitions, scholarships and that sort of thing just to name a few.”

The Direct of Culture noted that this would extend to other aspects of culture including the culinary arts, paining, and fashion designing.

“Look at the clothing we wear, the young people wearing the clothing – the boys especially below the buttocks as it were,” he pointed out.  “That is something that has been imported, as it were.  It didn’t come from a part of us.  We imported the rap music and that sort of thing. Coming from slavery, the drums played an integral part of who we were as a means of communication.

“But how many of our young people are really into drumming?  I know that’s a concern Mr. Royd Phipps has as the Drumming Specialist.  I’m here to try and create the programmes, and the supports necessary to get that coordinated approach to cultural awareness.”