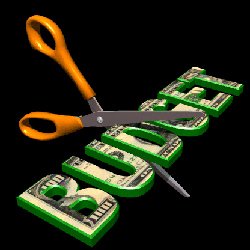 The Federal Budget normally presented in December of every year will instead be delivered next year as a result of the pending General Elections.

The announcement has come from St. Kitts and Nevis Prime Minister Hon. Dr. Denzil L. Douglas, who in a sneak preview of the budget spoke of policies on land and home ownership, tourism, rehabilitation and expansion of Basseterre crime prevention and human resource development.

He mentioned an initiative that is dear to his heart and that is intended to bridge the digital divide that gives the children who have access to computers and the internet a huge advantage over those who do not.

“The budget will therefore make provision for the establishment of a programme in 2010 that will put a laptop computer in the hands of every school child of the appropriate age in our Federation,” he said in a national radio and television broadcast.

Dr. Douglas said that the budget for next year will also establish the foundation for the implementation of a range of projects that would accelerate the pace of development in the twin-island Federation.

“We are determined that the people who have been allocated land under the Special Land Initiative must be assisted in building homes if they so desire. Hence, we will accelerate the provision of infrastructure to the allocated lands and we will give the landowner access to the financing that they need to construct their homes. We will also devote considerable human, technical and financial resources to crime prevention and control, health promotion, and human resource development including technical and vocational training,” said the Prime Minister.

He disclosed the plan to build a new pier at Port Zante to carry the number cruise visitors to one million.

“We will pursue a comprehensive Basseterre Redevelopment Programme that would transform Basseterre into the leading attraction for tourists coming to the Caribbean. During the course of next year, we will also unveil a comprehensive environmental strategy that would build on our current activities to develop alternative sources of energy, and give St. Kitts and Nevis a special niche in environmental tourism,” said Prime Minister Diouglas, who pointed out further that the budget to be deliver in the New Year will include measures aimed at continuing efforts to cope with the global crisis, but will also look to the long-term.

“It will establish the base from which we can accelerate our march to a new and even more progressive economy capable of delivering more and more of aspirations of our people,” said Dr. Douglas.

The St. Kitts and Nevis leader said that the actions taken over the years to promote growth and development and to overcome crises have been bold and courageous.

“In coping with the hurricanes we had the choice of incurring debt to immediately rebuild our productive capacity and bring relief to our people or to pursue a path of economic contraction based on a policy of repairing the hurricane damage and as when tax revenues became available over an extended period. But we understood that in a competitive world, a policy based on a slow restoration of our productive capacity would have derailed our programme of economic transformation and would have pushed us well behind the emerging tourist economies in the region ““ perhaps irreversibly,” said Dr. Douglas.

He said the decision was made to immediately rehabilitate the economy and continue with the implementation of the programme of economic diversification and transformation by incurring debt.

Dr. Douglas said the efforts of his Government has been bearing fruit and the economy is one of the most vibrant in the Caribbean with expenditure now generating the returns that is required to repay debts.

The public debt which a few years ago was approaching 185% is now fallen to some 165% and Dr. Douglas expressed confidence that it will be kept on a downward trajectory over the medium-term.

“We are at an important crossroad in our development. We have struggled hard and have made great progress as a people. We have overcome crises after crises, and have kept on course to our goal of creating a new society replete with opportunity for personal development, wealth creation and improved quality of life for all of our citizens and residents. But in the current global environment in which we exist, our achievements could easily crumble. We watch the international news and see workers sent home by millions in advanced countries. We see mighty financial institutions crumble or kneel before their Governments to beg alms. We see businesses close down because their customers have no money to spend,” said Dr. Douglas.

He said St. Kitts and Nevis has been spared the brunt of the global crisis to date and although there have been a few setbacks, the bold and proactive policy stances of his Government over the years has helped to keep the country safe.

“We continue to secure our progress, we must take the right road. We must take the road carved out by experienced and tested leadership who have seen us through many difficult and challenging moments in our recent history,” said Dr. Douglas, who added that the leadership that his Labour Party offers this country can be trusted in difficult times to provide the economic vision as well as the social safety nets required for building our economy while protecting all the people, but especially those who are most vulnerable.

“Our very survival as a nation is at stake. This is not the time to experiment with the untested or to grope in the dark behind new and untried leadership. We must consolidate our gains and move forward with the secure hands of Labour at the reins,” said Prime Minister Douglas.