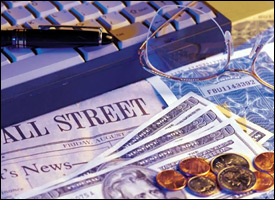 Economic prospects in St. Kitts and Nevis are forecasted to be positive in the upcoming year in spite of global challenges and this is attributed to the resilience of the economy.

“There has been a significant slowing down of growth in international economies but we [the local economy] have continued to grow. Perhaps not at the level of growth rates we would like, but given the current climate, any growth rate above zero is quite good and we are “¦ averaging about three percent [growth],” Former Financial Secretary (FS) Wendell Lawrence told SKNIS.

Mr. Lawrence held the FS post in the Ministry of Finance from 1989 to 2005, before becoming Ambassador of St. Kitts and Nevis to CARICOM, the OECS and ACS. He indicated that the continued diversification of the economy and other government policies targeting business growth as well as the empowerment of citizens have had a stabilizing effect.

“We have had a sugar monoculture for many years and much of our resources were tied up in sugar production,” Ambassador Lawrence said. “To the extent that we have been able to move out of sugar without having gone into a recession is indicative of the fact that key stakeholders in the private sector have been responding to the challenges,” he added, citing factors such as the general increase in the price of oil, rising food costs and a worsening credit crisis.

The latest global trends have many economists worried. The Organisation for Economic Development (OECD) predicts that the British economy will likely fall into recession this year and the largest economies on continental Europe will not fare much better. This is supported by data from the Statistical Office of the European Communities (Eurostat) which shows that the economy of Eurozone is shrinking, and for the first time in nine years, the gross domestic product (GDP) of the 15 member countries sunk by 0.2 percent in the second quarter of 2008.

A recession occurs when real GDP growth is negative for two or more consecutive quarters. The Eurozone, which is the world’s largest economy, was created in 1999 and refers to the currency union among the European Union member states that have adopted the euro as their sole official currency.

Europe is not alone, as recent economic numbers in the United States and Asia have been troubling for officials.

Mr. Lawrence stated that local Government has done a good job in establishing a broad framework for growth in the Federation and he credited the private sector for positioning itself to seize the opportunities of the new economy. This new economy is based largely on tourism, financial services, construction and information communication technology. He added that if successful, current efforts to get more locals into commercial agricultural production will help to reduce the impact of external shocks on the economy.

However a note of caution was given for stakeholders to make smart decisions.

“In the context of a small island, the real risk we face is that nobody knows “¦ how long the global economic slowdown will continue and while we have been spared the brunt of it, if it continues for a prolonged period, it could begin to have a significant impact on us,” the former finance official stated.