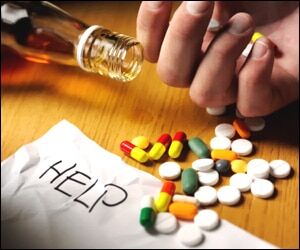 Carl Thompson, General Manager of SNIC, expressed his pleasure on behalf of the company in partnering with the National Drug Council.

“SNIC, as part of the TDC group, is extremely pleased to be one of the major partners sponsoring the initiative by the National Drug Council in bringing about training to a number of persons who will go out now to raise the awareness of the impact of drug abuse,” he said. “We hope our sponsorship will bring about some meaningful and positive results geared towards reducing and eventually eradicating the negative impacts of the abuse of drugs.”

Karimu Byron, Director of SKNCDAP, noted that the institution recently concluded a training seminar for specialists and added that the sponsorship would aid greatly in the drug council’s fund raising initiatives which will go towards drug prevention and drug treatment programmes throughout St. Kitts and Nevis.

“The Training and Certification Programme for Drug and Violence Prevention, Treatment and Rehabilitation (PROCCER) was sponsored by the Organization of American States (OAS) with some in-kind contributions from the Government of St. Kitts and Nevis,” the director said, while adding that a number of persons are now certified by the University of the West Indies.

“Twenty-eight professionals in the general health and social services field are certified as drug prevention specialists and another 29 as drug treatment specialists,” she said. “The group of specialists are now joining to form an association who will then give back to society.”

Agency Manager of Sagicor Inc., Denrick Connor, shared similar sentiments as SNIC’s General Manager and added that Sagicor Inc. is happy to be partnering with the drug council in presenting the sponsorship. “We do hope that all of the graduates from the programme would play a significant role in reducing the level of drug abuse in St. Kitts and Nevis and of course spreading the awareness of the ills that drug abuse can cause.”

Director Byron revealed that the Council will be hosting a graduation ceremony for the certified specialists on Saturday, February 13, at the Ocean Terrace Inn. She encouraged persons of the general public to assist the National Drug Council by contributing in whatever way possible, as their assistance will go towards much needed drug and violence prevention programmes and treatment services in the Federation.

“The government can only do so much and now each of you has an opportunity to contribute to a significant cause,” she said.