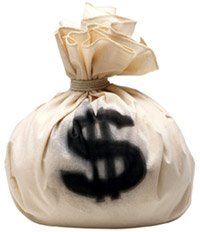 St. Kitts and Nevis Minister of Finance, Dr. the Hon. Timothy Harris said Sunday that despite the international economic and financial crisis, the twin-island Federation chalked up surpluses on the primary balance for the first six months of the year.

He informed a massive crowd attending a public meeting at Cunningham Village, Cayon that he had just returned from the Commonwealth of Dominica where he attended a meeting of OECS Ministers of Finance at which the finances of the member states were discussed.

Dr. Harris said that the Governor of the Eastern Caribbean Central Bank (ECCB), Sir K. Dwight Venner brought the Ministers of Finance and other officials up to date on the international economic and financial crisis and how it was impacting on credit and money supply on the Eastern Caribbean Currency Union (ECCU).

“It is not perfect here, but we in St. Kitts and Nevis are among the top performers in the nine countries of the OECS Currency Union. It is working under this Labour Government. It is working,” said Dr. Harris.

He disclosed that while all of the other countries were reporting that they were having deficits from January to May this year, I said Mr. Governor; I am pleased to report that under my watch, every month from January 2009 to June 2009, our country (St. Kitts and Nevis), has recorded a surplus of EC$80 million up to June 2009,” said Dr. Harris.

“We have had a very showing in terms of delivering fiscal performance. We contain expenditure. We went out on a massive revenue collection programme. We launched an amnesty for delinquent taxes,” said the Federal Minister of Finance.