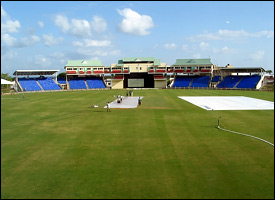 This year’s Independence Address to mark the 25th Anniversary of St. Kitts and Nevis‘ as a sovereign nation will be made at Warner Park.

This was disclosed Friday by Chief Secretary, Mr. Joseph Edmeade.

He said the Prime Minister Independence Message to the twin-island Federation will be made from the Parade Square during the Ceremonial Parade at the Warner Park Cricket Stadium to mark the 25th Anniversary of Independence.