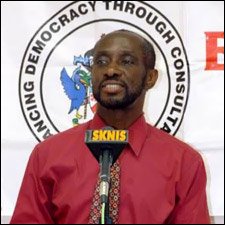 Deputy Prime Minister and Minister of Foreign Affairs, the Hon. Sam Condor in his address to the United Nations General Assembly also called on the world body to fulfill pledges made in the aftermath of the destruction of Haiti by an earthquake.

“We must ever remember Haiti, one of CARICOM’s most populous Member States. We should remain acutely aware of Haiti’s trials and struggles against natural and manmade catastrophic events, unsettling social and political vicissitudes, and economic hardships. Their effects have set Haiti many years behind compared to the rate of development of other Nations in the Region. As such, we encourage the fulfilling of the many goodwill pledges that have been made for assistance in its reconstruction efforts,” Mr. Condor said.

He noted that another CARICOM member state, Antigua and Barbuda continues to be locked in an underdog struggle to benefit from its success before the WTO Dispute Settlement Body.

“We again urge a speedy, fair and just Resolution to this Gaming dispute,” said the St. Kitts and Nevis official.

Foreign Minister Condor noted that within the Caribbean, the people of a sister nation, Cuba, continue to endure much hardship as the consequence of a fifty-year-old commercial, economic, and financial embargo.

“This Assembly and the International Community has consistently called for the lifting of the said embargo. Our country reiterates its call, and the call of regional neighbors and the International Community, particularly the UN General Assembly, for a speedy redress of this matter,” Mr. Condor told the 66th Session of the United Nations General Assembly.