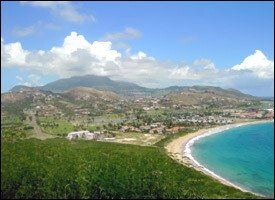 St. Kitts – Nevis is among the top 10 long haul holiday and business travel destinations in 2009.

The list of the anticipated most popular long haul destinations includes perennial favourites such as New York, Hong Kong and Sydney. Two South African cities ““ Cape Town and Johannesburg ““ are also featured, with the British Lions rugby tour to the country expected to attract large numbers of UK visitors.

“St. Kitts, another popular Caribbean destination, St. Lucia, makes the top 10 list. As the England cricket team get set to embark on a test series against the West Indies this winter, other Caribbean destinations such as Barbados and Jamaica are also likely to be busy,” said British Airways, which inaugurates a directly weekly flight from Gatwick-London to St. Kitts’ Robert L. Bradshaw International Airport on January 10th 2009.

The other cities featured in British Airways’ top 10 long haul destinations for 2009 are the iconic American West coast city of San Francisco and the emerging holiday and property hotspot of Dubai.

“It’s not all doom and gloom for travel in the current economic climate as destinations such as Dubai and the Caribbean Islands of St. Kitts and St. Lucia continue to experience growth and investment, so we anticipate greater numbers of customers wanting to travel there,” comments British Airways’ head of UK & Ireland sales, Richard Tams.