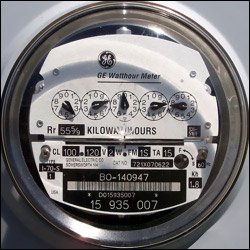 New electricity bills reflecting controls on the fuel surcharge are now ready to be mailed and persons will begin to receive them this week.

The billing cycle was slightly delayed due to the electricity department’s decision to upgrade its service after Government mandated that a limit be placed on the fuel surcharge. This action grew out of the Government’s determination to reduce the costs that are passed on to electricity consumers as a result of the rise in oil and gasoline prices worldwide.

The Electricity Department today announced that the computer application to control the fuel surcharge of householders has been tested and found accurate.

Minister of State Hon. Nigel Carty had earlier called on staff at the Technology and Electricity Departments to ensure that the system was refined before its full implementation. Minister Carty also re-emphasized the need for locals to practice conservation strategies so as to reduce their use of electricity, thereby freeing up their finances for other necessities.

The Electricity Department thanks the general public for its patience during the transitional period.