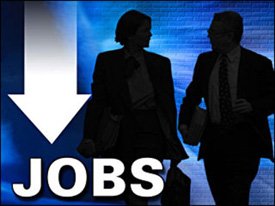 Minister of State for Tourism, Sen. the Hon. Richard Skerritt says every individual who loses a job though no fault of theirs, is of concern to the St. Kitts – Nevis Labour Government.

Speaking at a political meeting of the governing St. Kitts-Nevis Labour Party in Sandy Point on Sunday, Senator Skerritt said although 80 persons had been laid off over 900 persons continue to be employed at the St. Kitts Marriott Resort.

Expressing disgust at the politicisation of the lay-offs by the opposition People’s Action Movement, Minister Skerritt said recent actions by PAM’s supporters who recently distributed leaflets in New York damaged efforts by the tourism authority to bring more visitors to the twin island federation.

It (the lay-off) is not something that we should wish on anybody. All of us should be sympathising in some way with those who are less fortunate; those who either temporarily or not is without work. We know that over the last few days, there has been a development which has resulted in some people losing their work,” he said.

“Tonight what disgusts me most, is how the People’s Action Movement is trying to jump all over it and take advantage of these people who right now must be going through agony,” Senator Skerritt said.

He said he has information that the executive of the PAM met in a private home to “brainstorm how they can take advantage of this loss of jobs.”

Mr. Skerritt scoffed at statements on the internet that the Prime Minister Hon. Dr. Denzil L. Douglas had told Marriott to fire the people.

“Those are jobs that Prime Minister Dr.  Denzil Douglas brought to St. Kitts, and now they PAM want to kill him because the world economy has resulted in the business corporations in the United States, not been able to spend money on the corporate and incentive travel of which Marriott depends on nearly 50 percent of their business,” said the Minister of State.

Minister Skerritt used the opportunity to point out that it was the People’s Action Movement (PAM) who one month ago, paid three persons to demonstrate outside the St. Kitts and Nevis United Nations Mission in Manhattan, New York.

He said that the Denzil Douglas Labour Government has worked so hard to build up airlift from the United States to St. Kitts.

“When I saw the flyer which was faxed to me from New York, I could not believe it. No matter which political party you support, no matter what you believe, nobody from St. Kitts and Nevis should be out on the streets of Manhattan bad talking St. Kitts and Nevis,” he said.

He said the action by the supporters of the People’s Action Movement on the streets of Manhattan “has gone beyond politics.”

“We expect to have political opposition. We expect to compete politically. We expect to convince you as to why you have to vote Labour and vote for this wonderful team which I have the opportunity to support and be a part of, but I expect that Dr. Norgen Wilson will have to come around this wonderful, historic community and convince you that he is the best man. Those of us, who know him, know that he is the best man, but we expect that he has to do what he has to do to get your vote. We expect the opposition will be telling you thongs so that they can get your vote, but what we donot expect is that they will be out there in the outer world committing sedition and committing treason and working against the interest of the state, working against the interest of the nation,” said Minister Skerritt.