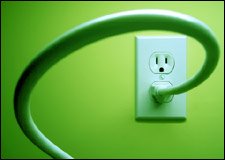 St. Kitts Has Another Loss of Power

An external fault on the Canada feeder (Conaree to Canada) led to a loss of electricity in some areas on Tuesday, the St. Kitts Electricity Department said in a statement.

An explosion of fuses on the overhead line next to the Needsmust Power Station occurred just before 10:00 A.M.

The Department said no generation was affected.

“This fault however caused the protection panel at the Power Station to activate thereby automatically interrupting the supply of electricity to all areas except the SSMC (from Needsmust to the Robert L. Bradshaw International Airport), South East Peninsular 1 and 2 (section of Frigate Bay to Turtle Beach) and Cayon feeder (from Keys to Newton Ground),” the release said.

The Electricity Department has apologised for the interruption in the supply of electricity.