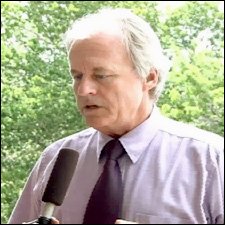 Small hotel owners on Nevis have been commend for their relentless efforts to prevent mass staff layoffs due to the world recession and their resilience in difficult circumstances.

Tourism Advisor to the Nevis Island Administration (NIA) Mr. Alistair Yearwood told the Department of Information on Tuesday that the small hotel industry had continued marketing and had taken the relevant measures necessary to continue their operations.

“They have continued to operate and they have been conscious in trying to maintain the employment of their workforce and sustain it through a very difficult period,” he said.

Mr. Yearwood also spoke of his prospects for the upcoming winter tourist season for Nevis. He said though it was early to be exact, he was of the view that ongoing aggressive marketing coupled with continued positive press coverage augured well for the season.

“I know Nevis is getting a lot of press coverage in the US and in the UK. For instance, just recently it was in Brides magazine where Nevis was in the top 25 honeymoon destinations in the world and that’s very positive. The more press coverage we can get, the more the word Nevis becomes in the frontal lobe of the travelling public and there is no better advertising than public relations.

“Once we continue to be in the print media, I am sure we will have an excellent winter season and believe me the hotels are trying. All the hotels have been working with the public relations company for the island offering all sorts of specials to try and boost the number of travellers into Nevis. Hopefully, for the second half of the winter season the Four Seasons will be open,” he said.

The Tourism Advisor also pointed to the island’s high percentage of return visitors who he said would contribute to a good winter season.

“Nevis has a very high percentage of return visitors and so you have a core that isn’t going to change much and with the additional publicity that we are getting in the US and the UK, I am sure we are going to see more visitors coming and we are going to see that core base increasing in numbers,” he said.