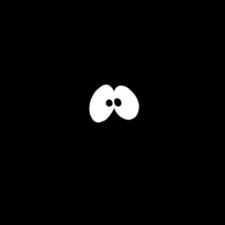 Guests Left In The Dark At The Marriott Hotel

Only tenants of the two new blocks at the Royal St. Kitts Marriott Hotel have been without electricity following the recent explosion and fire at the Marriott in the Wall Switching Station.

Minister of Public Utilities, Dr. the Hon. Earl Asim Martin and technicians said Friday that electricity should be restored to that area by mid-day Friday.

He commended the staff, technicians and workmen of the Electricity Department for quickly identifying the cause of the island wide outage on Wednesday.

“The cause of the problem was identified at the sub-station at the Marriott. Several residential homes were firstly affected but the system was reconfigured and only one consumer ““ the new apartments at the Royal St. Kitts Hotel were affected,” said Minister Martin.

He disclosed that the technicians who have been working almost around the clock for the past 48 hours have informed him that the lone consumer should be reconnected to the system by midday on Friday.

Superintendent of the Needsmust Power Plant, Mr. Kevin Bennett said an explosion of one of the switches triggered a fire that destroyed several switches and cables.

“The feedback to the power station resulted in the shutting down of the generators at the Needsmust Power Station as a result of the activation of the protection panel. After the specific fault was indentified, the engineers and technicians were able to identify the fault quickly and reconfigured the equipment that were not damaged by the fire and were able to isolate the area so that only one consumer was affected,” said Mr. Bennett.

He said the protection system in place at the Needsmust Power Plant prevents damage to the equipment and generators.

Mr. Bennett said the switches and parts that were damaged have been replaced and some cables have been terminated.

“We estimated that the consumer would have been without electricity until Saturday, but with the men working late into the evenings we should have power restored to the apartments at Royal St. Kitts Hotel.

Minister Marin apologised to the consumers in the Frigate Bay area and the island who were affected by the loss of electricity as a result of the explosion and fire for the inconvenience.

Cable Supervisor Mr. Augusts Shelford credited recent work carried out by the Department of Electricity which resulted in just one consumer been affected following the restoration of electricity island wide Wednesday night.

“The new circuitry that was installed from the Power Station to the South East Peninsula via Timothy Hill afforded us the ability to feed from that circuitry into the Marriott Sub-Station and then split up, thus leaving only the Jack Tar (Royal St. Kitts) station totally isolated,” said Shelford.