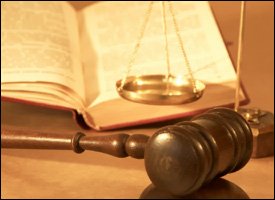 The process of mediation is still new to many persons in St. Kitts and Nevis, but Justice Francis Belle has testified to the successes of assisted negotiations and its practical usage in society.

The High Court Judge was the featured guest on this week’s SKNIS Perspectives, where he discussed the Court Connected Mediation Programme ““ a regional initiative of the Eastern Caribbean Supreme Court that officially began mediating cases in St. Kitts in March 2006.

This process involves an agreed referral of minor civil matters to a trained mediator who will engage disputing parties in an impartial way to help find common ground. A mediation session runs for three hours and costs $1,000.00 which is shared by the parties involved. Officials typically determine if the matter can be solved via mediation after the first session. If the parties are close to a compromise, a second session is held. Cases that are not successful however, are sent back to the court for trial.

“Mediation can allow persons to get to the bottom of feelings they may have and it fosters dialogue generally, rather than argument,” Justice Belle explained, while highlighting some of the benefits.

Approximately 50 percent of the cases referred to mediation by the Judge are resolved, placing it on par with the regional average. Justice Belle disclosed that the skills involved in negotiations can have a positive impact on the Federation’s youth.

“What I see as a Judge who has to deal with “¦ very serious criminal matters, is that a lot of times when persons commit acts of violence for example, they really don’t seem to have thought about it,” he stated, noting that upon reflection, individuals have to “˜come to grips’ with the physical and emotional harm they caused. ” “¦ If they were more practiced in the idea of looking at the situation in a creative manner [and to consider] various options, then they probably would have taken the option that is safer and more sensible.”

The High Court Judge stressed that the mentality of “an eye for an eye and a tooth for a tooth” is not practical and this message will be taken to the community as committee members have been asked to interact regularly with youth organizations, faith-based institutions and others.

In the meantime, persons have expressed satisfaction with the process.

“Mediators are fairly happy that sometimes cases that don’t even appear as though they can be resolved are indeed resolved and, there are lawyers who are saying they are really happy that the court referred certain matters to mediation,” Justice Belle revealed.

While for the most part cases have dealt primarily with civil disputes, plans are being considered to have the mediation process expand to family law matters.

Persons interested in learning more about mediation or those who wish to become trained mediators are encouraged to contact the Mediation Coordination at the Basseterre High Court at telephone 465-7003.