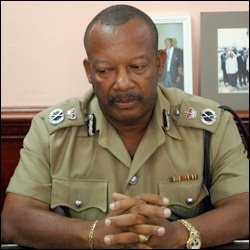 The NGO Coalition is coming under fire from the High Command of the Royal St. Christopher and Nevis Police Force and the St. Kitts-Nevis Defence Force.

The Coalition, which only comprises the St. Kitts and Nevis Chamber of Industry of Commerce, the St. Kitts Christian Council and the St. Kitts Evangelical Association has come under severe criticism from several quarters for its report which only targets Prime Minister and Political Leader of the St. Kitts-Nevis Labour Party, Hon. Dr. Denzil L. Douglas. Dr. Douglas has denied the allegations in the NGO Coalition Report.

Monday, the Joint military release said that in light of and considering the erroneous and subjective pronouncements by the local observer entity the NGO Coalition, whose intent is clearly to misrepresent the truth, the Security Forces wish to state categorically that on no occasion was there any deliberate altercation between themselves and the voting public, notwithstanding the attempts by certain political elements to disrupt the free and fair conduct of the voting process.

The Defence Force Commander (Lt. Colonel Patrick Wallace) denounces the allegation by the NGO Collation that on polling day members of the Defence Force were deployed to Constituency 4 “in riot gear and toting M16 rifles.” He wishes to state categorically that soldiers of the Force did not wear riot gear on polling day, nor were they deployed with M16 rifles for duties associated with the elections during the period of polling on Election Day, said the statement.

“The Defence Force Commander further denounces the NGO Coalition allegation that the candidate for Constituency 6 berated members of the Force for failing to transport Labour Party supporters to vote in Constituencies 4 and 5 as a blatant lie, and also condemn the NGOs Coalition Observers” accusation that military vehicles were used to transport voters on Election Day as “malicious,” said the statement.

The Joint statement from the Police and Defence Forces also state: The NGO Coalition report goes on to claim “Major concerns were raised by a number of voters and security personnel about the disruption of the poll in constituency 4 by the presence of the Labour Party candidate for Constituency 6 and that Dr. Denzil Douglas was responsible, in large measure for the prolong interruption of traffic flow in and out of Half Way Tree”.

The above quote from the NGO Coalition report is an unfortunate assumption that the representative of Constituency 6 who was himself inconvenienced by the slow flow of traffic along the island main road on polling day and who had to walk eastward along the main road to the location where the Labour Party agents were positioned, was responsible for the situation.  It must be noted that his official vehicle had to travel over the same treacherous terrain in the farmlands of Half Way Tree area mentioned in the report to avoid the traffic congestion that he is being accused of deliberately creating, said the Joint Statement.

It further noted that the Commissioner of Police, Mr. Austin Williams, who was in Halfway Tree, “can attest to the fact that at no material time was the Labour Candidate for Constituency No 6 the cause of any traffic congestion as this was a challenge faced by the Security Forces at various locations throughout the district, and further, there was no disruption of the polls due to the presence of the Labour Party leader or for any other reason.”

It added that Commissioner of Police Williams will further attest that most of the “altercations” experienced in Constituency 4 on Election Day “were direct results of activists of the main Opposition Party and that he had to intervene on many occasions to placate that group of boisterous bystanders.”

“The report of the NGOs Coalition in this regard is pure fabrication and does not represent the actual facts,” said the Joint Statement from the Defence Force and Police Force.

“The Security Forces are alarmed at the irresponsible behaviour of this NGO Coalition and condemn its report — a document which can only be described as malevolent — and questions the intent of the composite groups who claimed to have an interest in fairness, safety and security,” it further stated.

It said that on Election Day (January 25th 2010), the presence of the security forces was a welcome relief for those voters who were taunted while attempting to exercise their franchise, even while certain members of the NGO Coalition made no effort to dissuade this unacceptable behaviour.

“It is our contention that the NGO Coalition report is nothing but a smoke screen to facilitate some hidden agenda. The Security Forces have no choice but to demand the total retraction of the numerous documentation of falsehood and malicious reporting of allegations,” said the Joint Statement.

“The Security Chiefs at this time wishes to use this opportunity, to thank all citizens and residents of the Federation for their cooperation over the years and to reassure all of our continued professionalism, dedication to the fight against crime in the islands and to preserve law and order.  The security forces are committed to respecting the rights of the people, upholding our constitution and preserving democracy.  We seek God’s guidance and solicit your prayers and support as we strive to make our Federation safe for all,” the statement concluded.